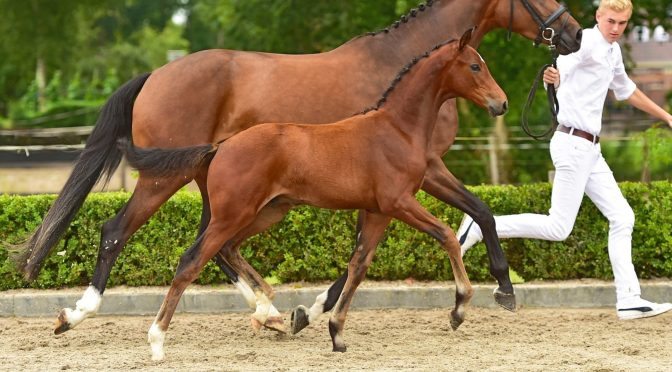 In 2019, three colts and two fillies were born. The colts have all been sold. Ouitano HSH (Quite Capitol x Canturano) was sold to Dutch international eventing rider Merel Blom. Oquento HSH (Quite Capitol x Cento) and Odiliano HSH (Spielberg x Florencio) were auctioned at the Dutch Topfoal auction in Lunteren.

On September 4th, 2019 two colt foals, representing both our dressage and our show-jumping breeding, were auctioned at Veulenveiling Midden-Nederland in Lunteren (NL).

Oquento HSH (Quite Capitol x Cento) was sold to Ireland. Odiliano HSH (Spielberg x Florencio) will stay in the Netherlands and move to the Betuwe.

Not only Ouitano HSH was sold, but also his dam Genova has a new owner. The elite mare is now owned by Lobke Geerdink and will stay in our stables.